Things are picking up here on the farm. Everyday there is work to be done. For the most part Cade is like any other farm kid. Everyday he has chores to do. 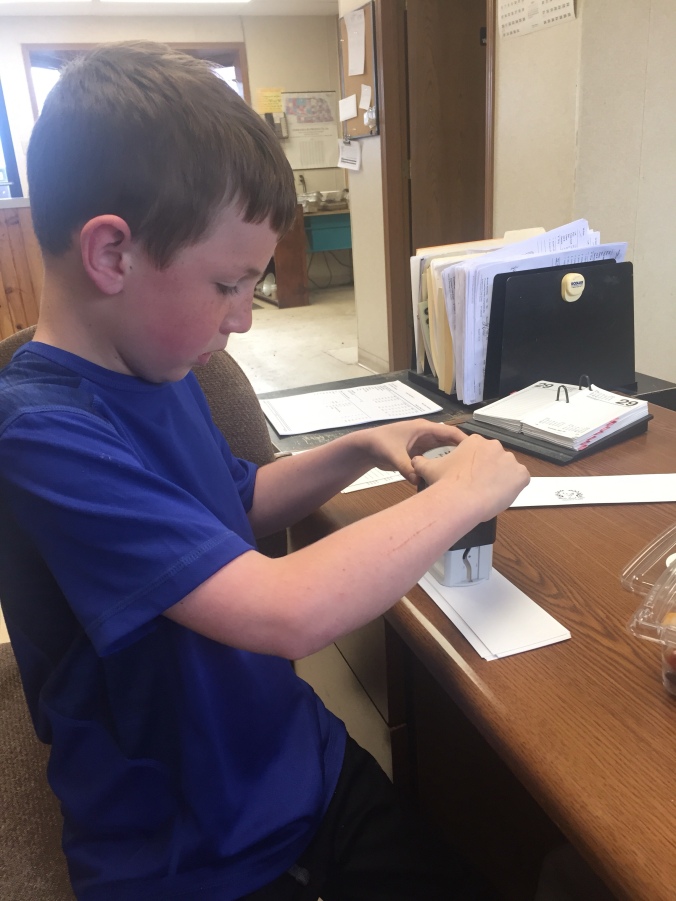 Then he will check for eggs. He even helps get the egg cartons ready for sale. At this point he usually has to take a little break before moving on to the next chore. Then he goes to check on the garden and waters it and weed it. 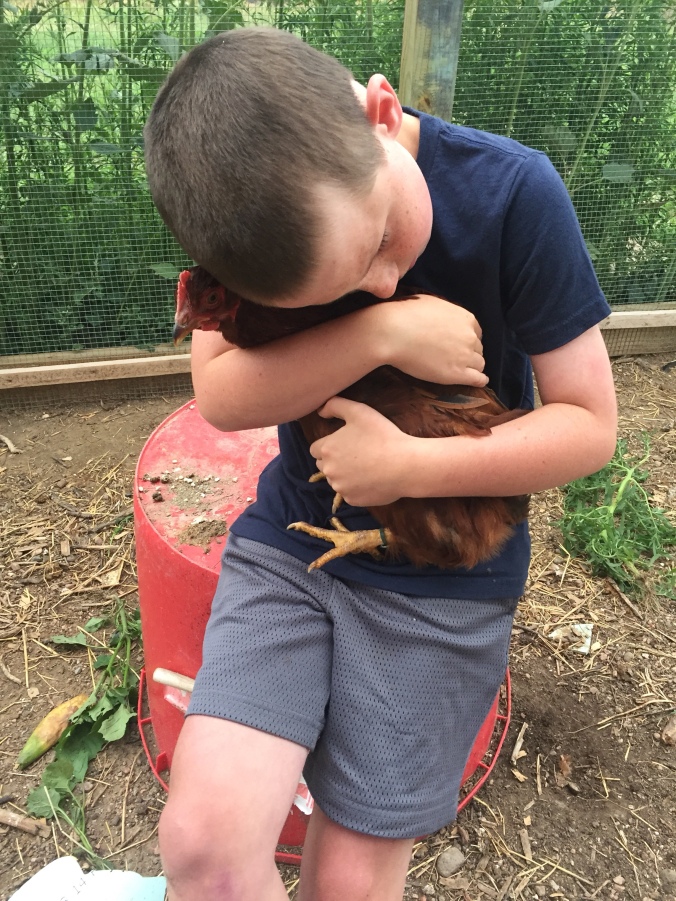 He loves doing these chores. We have discovered however, that the distance he has to travel between these chores was more than we thought it would be for him. It seems to be fine as long as he doesn’t need to take any tools with him.

He has also been going with Brent to spray thistles in the pasture. He loves to do all things farming and ranching related. While he may love going with and doing all things, it has left me a little exhausted. We are constantly trying to figure out how to make things work for Cade.

However, a conversation between Cade and Cole yesterday has me now trying to rethink my ways. Driving home from lunch after church, Cole was asking Cade if he could have one wish what would that be. He told Cade the same thing he asked Make A Wish for which is in the process of being granted.

Cole told him to think bigger than just a trip, maybe like not having DMD. Cade said that he couldn’t wish for that because his DMD was a gift. He said it was a gift from Hod and there is no way that God would give him DMD without a really great plan.

At that point the view out the window became really blurry. And I realized that if getting rid of DMD is not on Cade’s wish list, then maybe I need to refocus my energy and thoughts on his DMD.