First off many of you have probably never even heard of muscular dystrophy.  Or if you have, you probably don’t know much about it.  I fell into the latter category.

You should know, that we had began to notice differences in Cade that caused us some concern.  We had been talking to our local doctor and some physical therapist friends of mine.  Then a friend of ours, who was familiar with muscular dystrophy, asked us if it ran in our family.

Naturally, I started researching like any other person with internet access would.  I found a sit (which I no longer can find) that listed 10 signs of muscular dystrophy.  By my calculation, Cade had 9 out of 10 of the signs.  I decided, after some further conversations with some trusted friends, to get Cade tested for muscular dystrophy.

Here are some of the signs we had noticed:  toe walking, large calf muscles, upper leg weakness, a different run, a yoga-like move when getting up off the floor, and difficulty climbing stairs.  These all have very technical terms, but I can understand it better when I word it like this!

The reason I decided to post about the specific things we noticed for Cade is that we didn’t have a family history of muscular dystrophy.  If it hadn’t been for that friend, we probably would be still looking for answers for Cade.  Muscular dystrophy is carried through the mother with a family history of it two-thirds of the time.  However one-third of the time, it is just a genetic mutation that occurs.  Cade is part of that one-third. 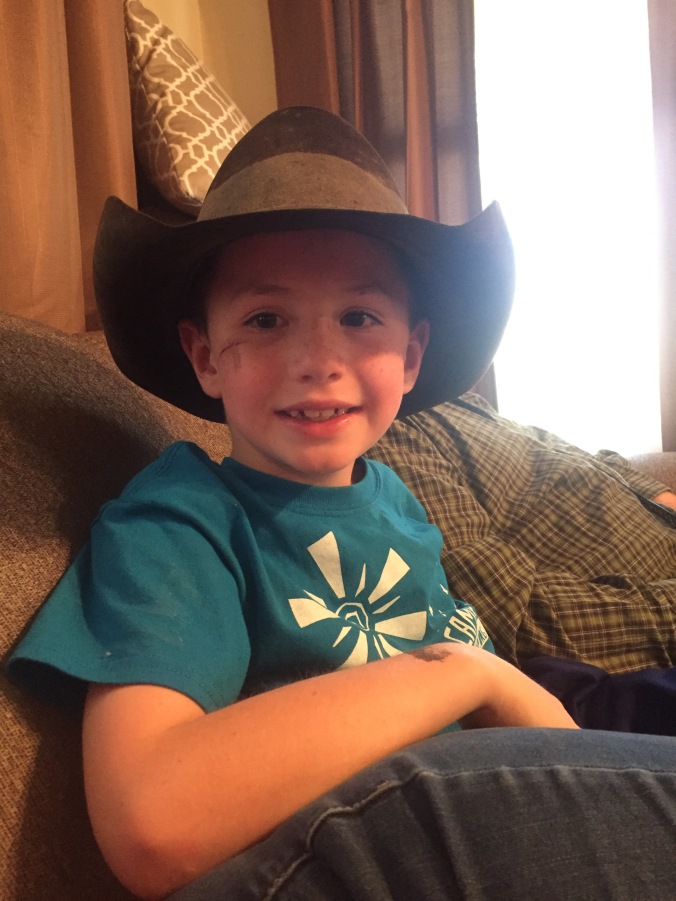 The first step in our obtaining our diagnosis was to get a blood test for his CK level done.  We did that at our local clinic and when those results came back as elevated, it was time to schedule with Children’s Hospital.  While at Children’s we received a confirmed diagnosis and Cade had a blood draw done to determine which type of muscular dystrophy that Cade had.

The genetic testing confirmed what we already felt we knew.  Cade definitely had muscular dystrophy and more specifically he has Duchenne Muscular Dystophy.

Cade’s body does not produce dystrophin which is the protein necessary for muscle production.  Everyone has exons that are like instructions for you body to make dystrophin.  In order to make dystrophin, all the exons need to be present and not have any mistakes.  Cade has a deletion of exon 45.

We now had to learn a new way of living.  Cade would no longer be capable of many of the things that we do on a farm, at least without modifications.  I’ll talk more about these modifications in later posts.

13 thoughts on “What was that you said?”